In 2014, two entrepreneurs joined forces, fusing both of their popular wing trucks into one brand name... you guessed it - WINGIT210. In 2011, while Daryl Smith was attending Texas Southern University, he created a food truck called Wing Xpress, which went on to build a celebrity clientele as well as a student following in the Houston area. In 2012, having that same ambition, Bernardo Baxter created Count Down Wings at The University of Texas San Antonio. The two wing experts later met through a mutual friend and brainstormed a possible collaboration. In 2014, they stumbled upon an old restaurant location in Kirby, Texas, and both decided it was only right to take a leap of faith; together they created what is now known as...WINGIT210. 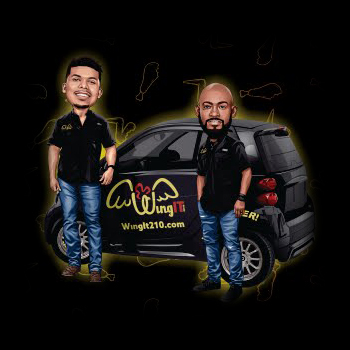